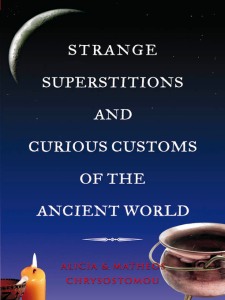 Résumé : « When husbands from the oriental province of Pem left home on a journey of longer than twenty days duration, their wives were entitled to take another husband in the interim. *** According to the ancient Irish Brehon laws, a wife could annul her marriage if her husband was obese, or if he was a gossip who would brag of his bedroom antics.  *** Spartans going into battle ensured their hair was combed and well groomed as they considered it improper to die with untidy hair.  *** The Romans used a plaster composed of spiders’ webs soaked in oil and vinegar to staunch the flow of blood from minor gashes.  *** In one ancient Ethiopian tribe, the wives of tribal members were shared. Anyone committing adultery with the wife of the tribal chief, however, was fined a sheep.  *** A compilation of the oddest, most eccentric and truly bizarre customs, laws and superstitions of our forefathers. Alicia and Matheos Chrysostomou have combed the planet to bring you the very best of the very odd.«

END_OF_DOCUMENT_TOKEN_TO_BE_REPLACED 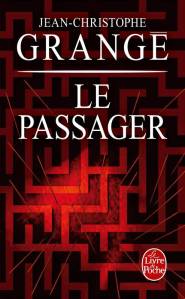 END_OF_DOCUMENT_TOKEN_TO_BE_REPLACED

Too Many Books and Never Enough